I don’t like being angry. I grew up consciously avoiding the emotion, and with good reason. I will get angry, but not often with people. Mostly it’s an inanimate object that refuses to do my bidding then mocks me that really pisses me off. I know what anger is, it is the dispelling of a pretentious assumption. You assume that the lid will come off the jar, that’s what lids are supposed to do, but it doesn’t. The laws of physics have no master, least of all you. You assume that you are in control of your situation and you are not. Causality has its own plans that you are not privy to. Control is an illusion.

Every parent I know has at one time or another lost it in front of his or her kids. Kids can push buttons like chimps in a Soyuz, and if you are not on your game they can catch you out, even without their meaning to.

A few years ago, our late August trip to Nantucket involved going to my Dad’s house in Fayetteville the night before, so that we could leave from there in the morning. We were to meet him for dinner around six at Huller’s Restaurant.

I had gotten very little sleep for several days prior, a condition I do not function well under, and was more than uncommonly stressed on the lead up to the exodus. I packed the Nissan Murano to the gills with a precision I like to describe as NEARLY obsessive, but I could be wrong. We used to bring EVERYTHING. Madi was six, and very excited about going on vacation. She was delighted, sitting in her booster seat with her snacks and her video player lashed to the passenger headrest, all set for her big adventure.

I have in my time produced massive productions, with hundreds of people and myriad detail, but nothing was ever as hard as getting a six-year-old packed and in the car for a vacation. Dinner at six became dinner at eight by the time we left the driveway. It was dark and rainy, Madi was chatty and needy, and I was exhausted and hungry, and doing my best to stoke a pleasant façade.

We were just outside of Cortland when I felt that funny pull and knew I had a flat tire, right rear by the feel of it. I pulled over on a narrow shoulder on a long dark stretch of route 13 with heavy, fast traffic, and rain; I get out to look, yup, right rear, “Son of a bitch, that’s all I f*ucking need!”

I got back in the car and searched my phone for a garage, but it was Friday night and nothing was open. I could probably fix a flat tire blindfolded, but I just wanted someone to come out, take my tire, plug it and put it back on so I didn’t have to drive a spare (fearing it was a half spare) to Massachusetts to catch a ferry. I also knew where the spare lived. “Suck it up dude, change the frickin’ tire and get movin’, you’re already late.”

I backed onto a small side road I had just passed, and Madi caught on that something was up. “What’s happening Daddy?” Now, suffice it to say that when I was a child, going on vacation sometimes seemed more like visiting an anxiety ward, so I was going to be damned if I was going to inflict my anger and lack of grace on my kid. Period. “No problem sweet pea, we just got a flat tire.”

“Oh no! Daddy does this mean we can’t go to Nantucket!”

(She started to look scared) “Are we going to be late for dinner with grandpa?”

“No honey, we’ll make it. Look, Madi, sometimes things don’t go exactly as you planned them to, and you have to adjust and make a new plan. Do you know what we call that? An adventure!”

GARY’S INNER VOICE: I call it getting f*ucked up the a*ss!

I grabbed a flimsy umbrella from under the seat and went to the back of the car. As the hatchback door lifted, I realized that what once looked like an expert packing job, was actually a cunning barricade. The spare you see, was underneath EVERYTHING I had carefully packed, there was no sliding it out from under the ample gear, it all had to come out, into the rain.

“No I gotta go really bad!”

INNER VOICE: Jeasus Christ! What the f*uck!? Why didn’t you go before we left!??”

“Ooookay, sweetie, I’ll be right there. Noooo problem. You’re just going to have to go outside okay?”

I got her out of the car into the drizzle. Holding the umbrella awkwardly with my chin, I had her squat down, her pants pulled down to her ankles.

“You’ve peed outside before right, with your Mom, right?”

“Do you remember how to do it?”

INNER VOIVE: Don’t pee on your clothes kid, I’m warning you, do NOT pee on your f*ucking clothes!”

Madi’s aim was perfect, right in the center of her underpants. She was right; she really did have to pee. It soaked through her underwear, her pants, her socks and her sneakers. There in the rain, pee-spray tickling my bare shins, I reached a crossroad. Which path would I take? I summoned every ounce of empathy and love that I had, determined not to make my daughter pay for my frustration. I grabbed the curse as it vaulted up my throat and forced it back down to my spleen. Sensing Madi’s expectation of my response, I countered in my most matter-of-fact tone, “Aw, that’s okay Madi, let ‘er rip kiddo.”

“But Daddy it’s going in my shoe!”

“It’s alright punkin’, we’ve got lots of clothes (buried somewhere), we’ll just take those off and I’ll get you some new clothes and shoes, not a problem… no problem at all.”

INNER VOICE: OK, what the faaack is going on!! What’s wrong with you Izzo? Don’t you know how girls pee?!

Actually, I didn’t. Sure, I have been around plenty of women peeing outdoors, but I was always too polite to watch closely, and frankly, I was never interested enough to ask how they did it. As the pee flowed and mixed with the rain and mud, my anger turned inward where at least Madi would be safe.

INNER VOICE: HOW do you NOT know this!! Asshole! You work at Renaissance Festivals!!! How could you not notice?! Women are peeing in every corner! If you had night vision goggles you could see them perched like seagulls at a landfill!   What do you think Renaissance Festivals ARE? They’re urinals with a theme!! You moron, Jueasas #$@#@%!!

INNER INNER VOICE: Stop being so hard on the guy, you’re not helping.

I put the soaked clothes in a grocery bag I brought as a car trash bag, tied them up and set them on the floor. Madi climbed back in, feeling pretty special sitting in the car with no bottoms on while I went to the trunk and unloaded all the stuff, found her suitcase, got her clothes, dressed her up again with a second pair of sneakers, hauled out the spare and the jack, devised new expletives for the guy who designed the hold downs for Nissan spares, reloaded all the luggage and crap in a messy pile mostly out of the rain, and proceeded to change the tire while holding an umbrella in my teeth.

I was about half way through the change when I looked up to see someone had pulled up and was coming over.

“No, thanks, it’s just a flat tire, and I’m almost done. Thanks for stopping, I appreciate it.

INNER VOICE: Wait! Ask him if he has a gun. Hey mister, do you have a gun? If so, please, SHOOT ME!”

As I was back at the trunk unloading everything out into the rain again and devising more expletives for the evil genius that designed a hold down for a spare tire that refused to let you replace the tire, Madi piped up again.

“What was that sweet pea?”

“Wha.. d’… Guh… How’d… (breathe) How come you have to go again sweetie, it’s only been fifteen minutes, and you really went quite a lot before. Can you wait a little while for me?”

I came to terms with the hold down for the spare by pulling it out altogether and sneering at it and quickly loaded all the stuff out of the rain again. With Madi back squatting in the rainy pee-ridden mud in her new dry clothes and last pair of clean sneakers, me holding the umbrella as before, I tried again to unravel the mystery.

Yes, I know, I thought about it, but leaning back just did not look right. Bull’s-eye, through the pants, the socks, the last pair of clean sneakers; I tried to steer her, but it was no use. I could not believe she could reproduce the same deluge in that short amount of time.

“Aah go ahead Madi, we don’t care, we got lots of clothes!”

INNER INNER VOICE: …well if you paid more attention to the women you were with maybe…

I wrapped up the soaked clothes and went back to her suitcase to get her more dry clothes. I had placed her suitcase at the very bottom of the pile, requiring another unload.

I dressed her again; she was getting hungry and tired now. I chatted her up, and then completely repacked the car again. Out of sheer spite, I repacked it EXACTLY as I had originally packed it, in all its quasi-obsessive compulsive glory.

Just as I put the last piece into place, Madi says, “Daddy I’m really really thirsty, can I have my Juicey Juice?”

“Sure you can Sweetie Pea, let me get it for… ‘yu….” The cooler with her Juicey Juice, which I had not planned on using, was at the bottom of the pile.

INNER VOICE: (that sound you make, when there are no more curse words that will satisfy)

One well-rehearsed repack later, Madi had her Jucey Juice and we were on our way to Fayetteville. We were an hour and a half late to Huller’s, but Dad showed up going with the flow, and Madi adopted a booth full of college girls delighted to be the focus of her effervescent showmanship. I eventually allowed her to bring her plate over and they all dined cozied up and giggling. I had a second beer.

The next day brought clean clothes, tire repair, and another vacation adventure started. No big deal.

INNER INNER VOICE: I would just like to say how proud I am of Gary, that through all his rage and folly he never once upset his little girl. 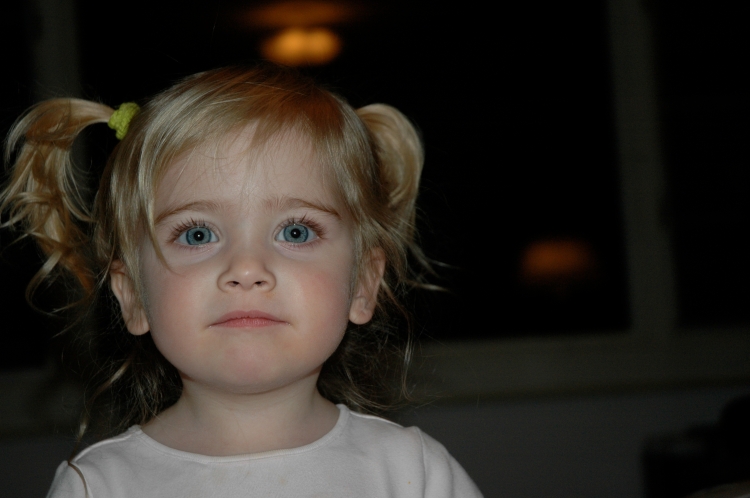 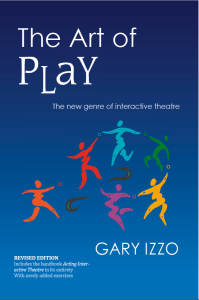